The course was in beautiful condition, but tough, with the recent weather making the rough lush and thick, which proved challenging at times: the Lady Captain and her members provided much appreciated ball spotters. A heartfelt thank you from all the players must go to them.

The sun shone throughout the day, but the tide change around midday brought a fresh breeze. Another challenge for the players! One player in particular didn’t seem to notice it: Maisie Hassall, the SCLGA Junior Captain from Nevill Golf Club, shot a Nett 147 over 36 holes and Gross 153 and took home both trophies.

The Sussex Scratch Trophy was won by Worthing, with the best scores from Karen Sykes, Delyth Roberts and Elodie Yates giving a combined Gross score of 489.

The Langridge Trophy was won this year by Karen Sykes with a Gross 159, with Aileen Greenfield taking the runner-up prize from Delyth Roberts on count back with Gross 163.

Tomorrow sees the top 16 Gross winners go through to match play. The winners in the morning will go through to play for the Championship Trophy, with the others playing for the Plate. Another early start at 8am, and another 36 holes for all to play. Good luck to all the participants.

Day 2 was the start of the match play stage. All 16 qualifiers arrived, welcome by sunshine again. With better course knowledge, the players were looking forward to their knock outs. The morning went smoothly, with only one match going to the 18th hole.

The afternoon quarter-finals for both Championship and Plate were tighter, with Emma Whitlock and Sian Southerton in the Plate quarter-finals heading off down the 19th, where Emma was victorious. Two more Plate matches went to the 18th, where weary players putted to go through to the semi-finals tomorrow.

The lucky players started in the sunshine again. The morning semi-finals were to be followed by the finals in the afternoon: another 36 holes of golf for the lucky ones.

In the two Plate semi-finals, both matches went beyond the 18th. Holly Crompton and Emma Whitlock had a repeat of last year's semi-final and had to go back up the first, but this year, Emma was the victor. The second semi-final saw Rosie Hockey and Teresa Ward playing to the 20th hole, where Rosie took the match.

The afternoon finals were very exciting, with some fantastic golf on show from all four players. It turned chilly and tried to rain for a while, but both finals finished in sunshine. The matches were very tight, but in the end Rosie Hockey was the winner of the Plate and Elodie Yates was this year’s County Champion. Many congratulations to the winners, and commiserations to the runners-up.

We owe a massive thank you to the Royal Eastbourne Golf Club: this challenging course was in excellent condition, and the catering was second to none. Everyone was extremely supportive, in particular the Lady Captain, Angela Cole, and her committee, the Club Captain and the Club Manager, Tom Breach, who were there every day to help us. They couldn’t have done more for us. Again, many thanks to all of them. 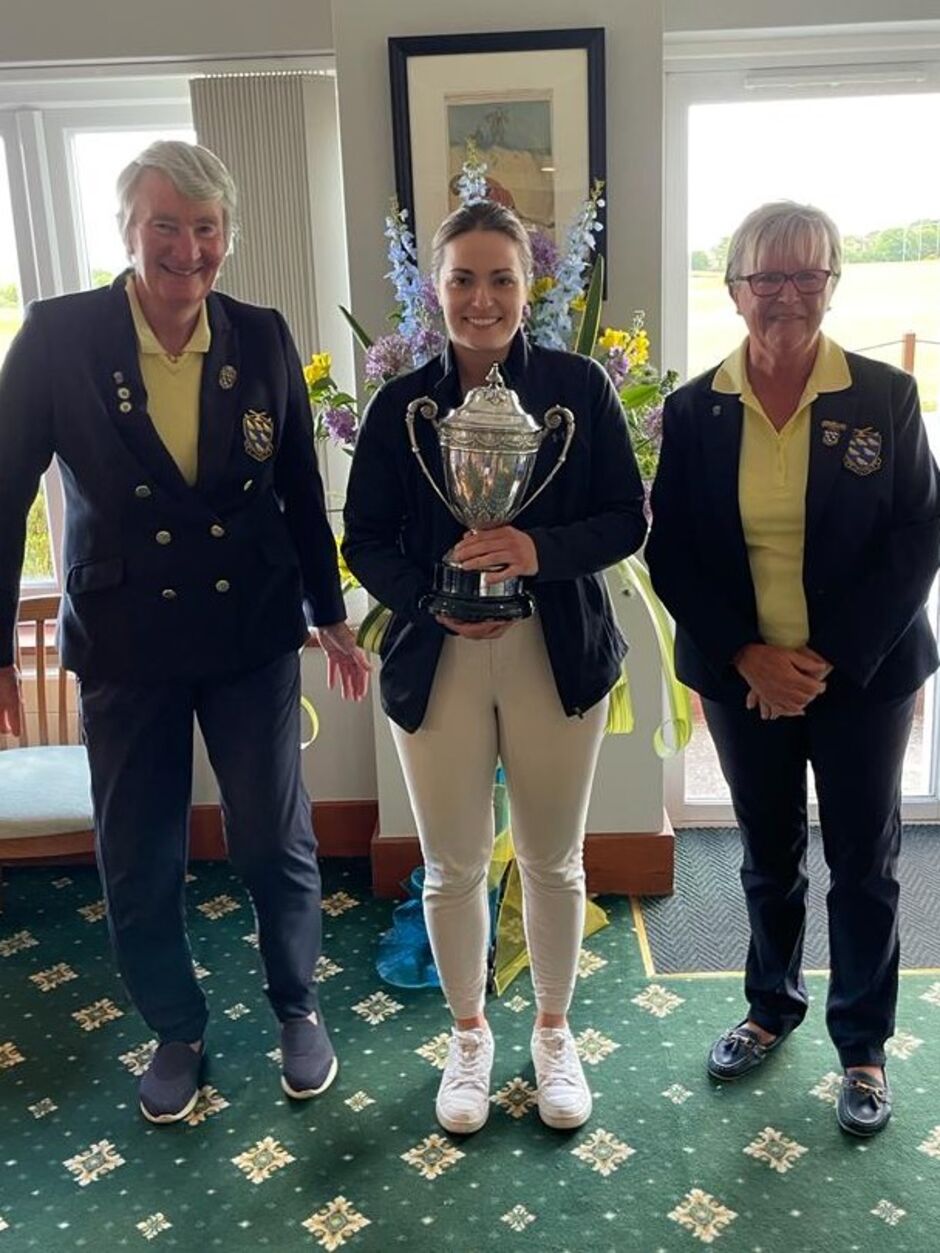